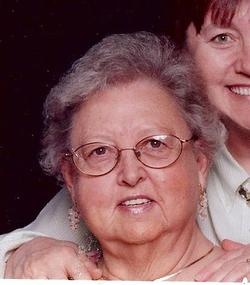 Funeral services will be held at 2:00 P.M. on Monday, July 20, 2015 at the Edwards Funeral Home. Pastor Aaron Boothe will officiate. Burial will be in the Arcola Cemetery. Visitation will be one hour prior to the funeral at the funeral home.

Lois was preceded in death by her parents and her husband.

Lois drove a school bus for the Arcola School District for 30 years. She was a seamstress and did alteration for more than 15 years and along with her husband, Ralph they sold produce to local stores in and around Arcola and the surrounding area for many years. She was very involved with genealogy, but her greatest joy in life was spending time with her family.

To order memorial trees or send flowers to the family in memory of Lois Good, please visit our flower store.