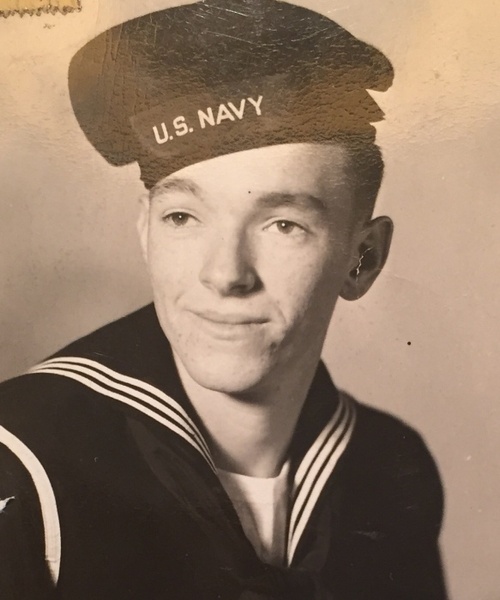 Graveside funeral services will be held at 3:00 P.M. on Monday, September 14, 2020 at the Arcola Cemetery.  Lloyd’s grandson, Lee Bergfield, will officiate.  Military rites will be conducted by the Arcola VFW and the Arcola American Legion.

Lloyd was born on September 21, 1927 in Arcola, IL.  He was a son of Elmer Clarence and Lena Lenora (Williams) Bergfield.  He married Phyllis Ann Spanhook on November 5, 1950 in Arcola, IL.

He was preceded in death by his parents, one daughter, Amy Kay Reinhard, and one brother, Lowell Bergfield.

Lloyd graduated from Arcola High School in 1945.  Lloyd was very athletic, playing sports all through high school and beyond. Lloyd played on an independent football team out of Oakland, IL. He also played baseball for teams out of Ashmore, Oakland and Arcola.  He enjoyed both fast-pitch and slow-pitch softball and played well into his sixties.  He raced stock-cars back in the days when you would drive your car to the track.  He also raced modified-midgets and was an Arcola track champion; that same year, he was one of the top ten drivers in the nation.

He also tried out for the Chicago Cubs and was asked to stick around for a few days to work out with the team, but he returned home to the farm. In later years, Lloyd enjoyed attending the sporting events and activities of his children, grandchildren, and great-grandchildren.

Lloyd was a U.S. Navy veteran.  Lloyd farmed his entire life, and for most of his life, he lived on the same farm where he was born. In addition to farming, Lloyd helped build many of the homes in the Arcola Acres.

In lieu of flowers, and in recognition of Lloyd’s charitable giving throughout his life, the family suggests that donations be made to the Arcola Free Methodist Church or to a charity of your choice in Lloyd’s name.

To order memorial trees or send flowers to the family in memory of Lloyd Bergfield, please visit our flower store.