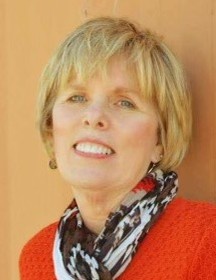 Graveside services will be held at 5:00 P.M. on Thursday, October 21, 2021 at McDowell Cemetery in Dwight, IL.   The Edwards Funeral Home is assisting with arrangements.

Linda was preceded in death by her husband, John Johnson, her parents, Dewey and Helen Louise Kirby, a brother, Kenneth Kirby, a brother-in-law, Butch Woods and a step-granddaughter, Chrissie LaBarbera-Burton.

Linda was a 1965 graduate of Moore High School in Farmer City, IL.

Linda served as an Administrative Assistant at CCAR Industries in Charleston, IL for many years.

Linda and her husband John were avid NASCAR fans, they enjoyed going to NASCAR races.   Their favorite NASCAR driver was Dale Earnhardt.

In lieu of flowers memorials may be made to the Sarah Bush Lincoln Cancer Center, 1001 Health Center Drive, Mattoon, IL  61938.

To order memorial trees or send flowers to the family in memory of Linda Johnson, please visit our flower store.