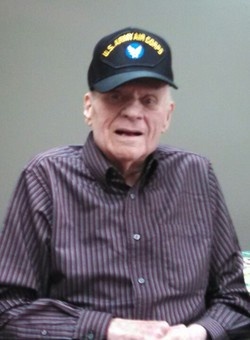 He is survived by one sister, Norma Jean Bridges of Stewardson, IL, and numerous nieces and nephews.

He was preceded in death by his parents, his wife, and five siblings.
Mr. Phelps was an Army Veteran of WWII.

He was an insurance salesman for Standard Life, and he helped his father farm.
He was a member of the first Southern Baptist Church in Mattoon, IL where he sang in the choir.

Memorials may be made to Mattoon Health Care and Rehabilitation Center.

To order memorial trees or send flowers to the family in memory of Leonard Phelps, please visit our flower store.
Send a Sympathy Card