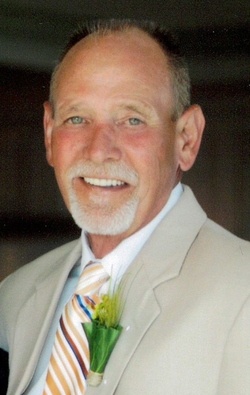 He was preceded in death by his father, Jacob Schrock.

Leon was a member of the Woodlawn Country Club in Farmer City, and the Farmer City American Legion.

Leon worked at A.E. Staley in Decatur, IL for 17 years before beginning his career in the golfing industry. In 1993 he began working at Willow Pond Golf Course in Rantoul, Woodlawn Country Club in Farmer City and at Hatfield Golf, Inc. in Farmer City; he was the golf course superintendent at these locations. In 1998 he moved from Illinois to Missouri and began working at the Town Hills country Club in Joplin, MO, where he was the assistant golf course superintendent. From 2000 to 2003 he worked at Boca West in Boca Raton, FL as the Head Irrigation and Spray Technician where he supervised the daily irrigation and spray of four golf courses and organized the spray and fertilizer programs. In 2003 and 2004 he worked for Malphus Golf out of Hilton Head, SC as the Assistant Project Manager and was on board as he helped renovate the Miami County Club and helped with the reconstruction of Indian Hills Golf Club in Fort Pierce, FL.

In 2004 Leon and his wife Jan owned and operated, L & J Lawn Services in Sarasota, FL, until they returned to Central Illinois in 2008. After moving back to Illinois Leon went to work at the Monticello Golf Club until he retired in 2014.

Leon had a passion for golf and keeping golf courses in tip-top shape. He enjoyed hiring kids in high school and instilled in them a good work ethic and a love for the game of golf.

To order memorial trees or send flowers to the family in memory of Leon Schrock, please visit our flower store.