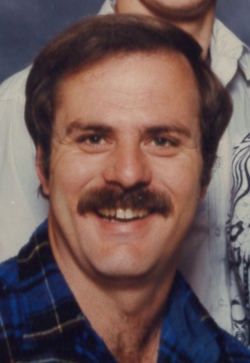 A private family memorial service is planned. The Edwards Funeral Home is assisting with arrangements.

He was preceded in death by his parents, his wife Carrie, one brother Bill Trotter and all of his grandparents.

Larry had worked at Ampad from age 17 until they closed in December of 2010. He then went to work at Rural King Distribution Center in Charleston where he worked for the past four years.

He was a member of the Norton Knolls Golf Course in Oakland, IL. His hobbies included golfing, crossword puzzle books and reading.

To order memorial trees or send flowers to the family in memory of Larry Trotter Sr, please visit our flower store.
Send a Sympathy Card