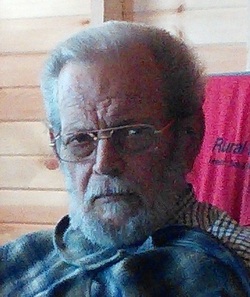 Funeral services will be at 11:00 A.M. on Friday, November 15, 2013 at the Smyser Christian Church, 1521 Whitley Point Road in Gays, IL. Rev. Richard Coen will officiate. Burial will be in the Windsor Cemetery. Visitation will be from 5:00 P.M. to 7:00 P.M. on Thursday, November 14, 2013 at the Smyser Christian Church in Gays, IL. The Edwards Funeral Home is assisting with arrangements.

He is survived by his wife, Jessie Nelson of Sullivan, IL; two sons, Mike Nelson and his wife Pamela of Albertville, AL and David Peadro and his wife Tera of Windsor, IL; one daughter Dawn Huffstutler and her husband Brock of Prophetstown, IL; two sisters Esther Nelson of Sullivan, IL and Kathly Conlin and her husband Jim of Flatrock, IL; eight grandchildren Michael, Constance, Nathan and Pamela and Wesley, Kyle, Fiona and Sonja.

His parents and one brother Ray Nelson preceded him in death.

Keith retired from the City of Sullivan having worked at the Civic Center for 35 years.

Keith enjoyed camping, fishing, woodworking and going to auctions, but most of all spending time with his family and friends.

When attending the service the family requests you wear casual attire.

To order memorial trees or send flowers to the family in memory of L. Nelson, please visit our flower store.
Send a Sympathy Card