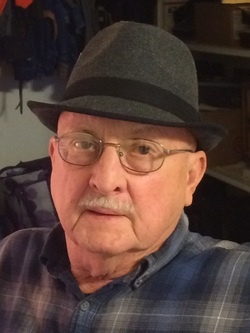 KINNEY LEE KINGERY, 68, of Villa Grove, IL, went to be with the lord at 5:00 P.M. on Monday, September 7, 2015 at the Barnes-Jewish Hospital in St. Louis, MO after a courageous battle with cancer.

Funeral services will be held on Sunday, September 13, 2015 at 1:00 P.M. at the Joines Funeral Home, Route 130 South in Villa Grove, IL. Pastor Bill Henry will officiate. Burial will be in the Centennial Cemetery in Villa Grove, IL. Visitation will be held from 6:00 P.M. to 8:00 P.M. on Saturday, September 12, 2015 at the Joines Funeral Home. The Edwards Funeral home is assisting the family with arrangements.

He was preceded in death by his parents, and two brother-in-laws, Kenneth Harris and Richard Harris.

Kinney was an Army Veteran of the Vietnam War. He attended the Corner Stone Baptist Church in Villa Grove.

He retired from Building Services at the University of Illinois after 19 years. He enjoyed fishing, camping, and watching Westerns. Kinney was an avid Chicago Bears fan and a New York Yankees fan. His greatest joy in life was spending time with his family and friends, especially his grandchildren.

In lieu of flowers, memorials may be made to the family to help with medical and funeral expenses.


To order memorial trees or send flowers to the family in memory of Kinney Kingery, please visit our flower store.