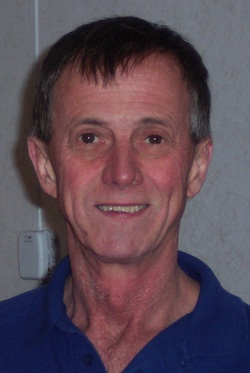 Kenneth James McLane was born on September 23, 1949 in Tuscola, IL. He was a son of James Richard and Glenna Mae (Hopkins) McLane.

His parents, two brothers: Richard McLane and Dale McLane, and his uncle Frank McLane preceded him in death.

Kenny was a 1967 graduate of Arcola High School. He was attending Southern Illinois University when he was drafted into the Army. He served in the Vietnam War and was a Purple Heart Recipient.

He worked at King Brothers for many years, and then worked at Thomas Monahan Company. He enjoyed attending Arcola sporting events. He had a great sense of humor, and had nicknames for nearly everyone he knew.

Memorials may be made to Arcola Sport Boosters.

To order memorial trees or send flowers to the family in memory of Kenny McLane, please visit our flower store.