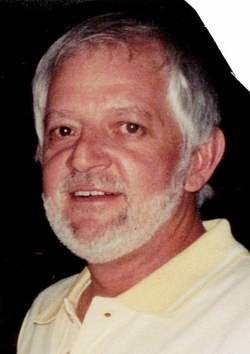 Funeral services will be held at 2:00 P.M. on Friday, November 4, 2016 at the Edwards Funeral Home, 221 East Main St. in Arcola, IL. Burial will be in the Arcola Cemetery. Visitation will be held from 11:00 A.M. until service time at the funeral home.

He is survived by his wife: Karen Yardley, of Arcola, IL; two children: Shane Yardley and his wife Suzanne of St. Louis, MO and Jaimee Whitson and her husband Josh of Tuscola, IL; five grandchildren: Ava Whitson, Beau Whitson, Alexandra, Samantha, and Korddell Yardley; and one sister: Candy Dyer of Tuscola, IL.

He was preceded in death by his parents and his grandparents.

He retired from Caterpillar in Decatur, IL in 2013 with over 35 years of service.

Ken enjoyed spending time with family and especially his grandchildren. He was famous for his amazing bowls of ice-cream. He was an avid St. Louis Cardinals Fan and he loved attending games with his son Shane.

Memorials may be made to the Arcola Jaycees, Arcola Rotary Club or the Arcola Masonic Lodge.

To order memorial trees or send flowers to the family in memory of Kenneth Yardley, please visit our flower store.
Send a Sympathy Card