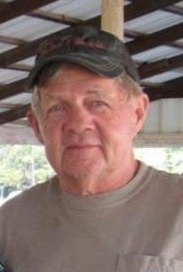 He was preceded in death by his parents, an older brother, Jerry Greeling, and a younger brother, Ronnie Monke.

Kenny worked 40 years with IC/CNN Railroad. After he retired from the Railroad he helped Gary Swisher farm, and he taxied Amish, making many good friends.

Kenny enjoyed spending time with friends at the Hen House around the coffee table. He enjoyed motorcycling and hunting. Kenny loved to hunt deer, and geese, locally. He enjoyed hunting antelope in Wyoming, and turkey in Missouri.

Kenny was a friend to many. He would do anything for anyone.

His greatest joys in life were being able to share his time with his great-grandson, Connor, and his dog Frankie.

To order memorial trees or send flowers to the family in memory of Kenneth Dale Monke, please visit our flower store.
Send a Sympathy Card