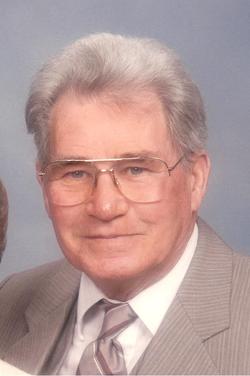 Funeral services will be held at 2:00 P.M. on Saturday, November 16, 2013 at the Edwards Funeral Home, 221 East Main in Arcola, IL. Rev. Marion Baker will officiate. Burial will be in the Arcola Cemetery. Visitation will be one hour prior to the funeral.

He was preceded in death by his parents, his wife Edith Edwards, one Son Jackie Lee Edwards, one sister, Willeva June Ellis-North and a great-grandson, Tony Eugene Edwards.

He had been a member of the Moose in Mattoon, IL and the Operating Engineers Local 515.

Kenneth was a good metal worker and carpenter; he could do just about anything. He enjoyed fishing, and reading a good western novel.

To order memorial trees or send flowers to the family in memory of Kenneth Edwards, please visit our flower store.