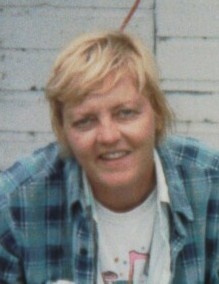 Kathy was born on December 11, 1950 in Danville, IL. She was a daughter of Kenneth and Barbara (Thompson) Blatteau.

She is survived by two sons, Gregory Curry Jr. and his wife Kristine of Lexington, KY and Douglas Curry and his wife Yvonne of Catlin, IL, two grandsons, Jackson Curry of Catlin, IL and Douglas Curry of IN, two granddaughters, Amanda White of Danville, IL and Madison Curry of Danville, IL, two great-granddaughters, one brother, Kerry Blatteau of Chicago, IL and a special friend, Jane Truskosky of Arcola, IL and her children, and her lifelong friend, Janice Ervin.

She was preceded in death by her parents, one son, Darin Curry and one brother, Kenneth “Nick” Blatteau.

Kathy grew up in Catlin, IL and in 1967 she moved to Danville, IL where she raised her three boys. She worked at GE in Danville for 5 years and then at T Pack in Danville for 10 years until she became a Counselor in Champaign.  Kathy retired in 2011 from Human Resources in Sparta, IL for the unemployment office.

Memorials may be made to the local animal shelter.

To order memorial trees or send flowers to the family in memory of Kathy McManus, please visit our flower store.