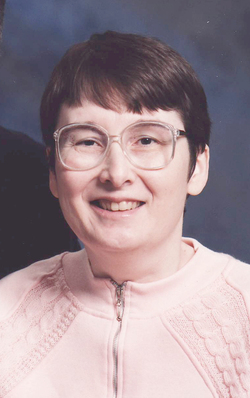 Funeral services will be held at 10:00 A.M. on Friday, September 11, 2015 at the Vine Street Christian Church, 249 South Vine St, Arthur, IL. Rev. John Stewart and Rev. Paul Fraser will officiate. Burial will be in the Arthur Cemetery. Visitation will be held from 6:00 P.M. to 8:00 P.M. on Thursday, September 10, 2015 at the Vine Street Christian Church. The Edwards Funeral Home is assisting the family with arrangements.

She was preceded in death by her mother- and father-in-law, March and Berl Bonham.

Kathy was a member of the Berea Christian Church in Mt. Auburn.

Kathy graduated from Niantic-Harristown High School in 1968. She earned a bachelor’s degree in art at Eastern Illinois University where she graduated in 1972. At EIU, she served as art director for Ford Hall and led the team that designed the residence halls, parade floats and house decors for Homecoming in 1970.

She met her husband, Roger, while attending EIU. They were members of 1972 Eastern Illinois University Warbler (yearbook) staff.

Kathy and Roger owned and operated the Cerro Gordo News from 1981 to 1986 when they sold the newspaper to the Champaign-Urbana News-Gazette. They stayed on and managed the business through 1991 when the News-Gazette sold the paper.

Kathy retired at this time due to her struggles with Multiple Sclerosis, a debilitating neurological illness. She was diagnosed with MS in 1987.

She had been a resident of The Arthur Home since February 2006.

Memorials may be made the Arthur Home or the National MS Society.

To order memorial trees or send flowers to the family in memory of Kathy Bonham, please visit our flower store.