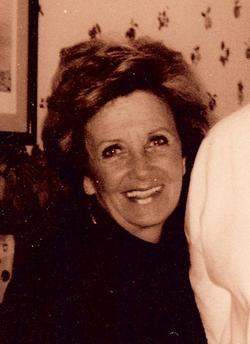 A Memorial Mass will be held at 6:00 P.M. on Friday, April 10, 2015 at Saint Charles Borromeo Catholic Church in Charleston, IL. Father John Titus will officiate and burial will be in the Green Hill Cemetery in Sullivan, IL. The Edwards Funeral Home is assisting with arrangements.

Julene was born on March 7, 1939 in Sullivan, IL. She was a daughter of James and Alyce (Jocelyn) Campbell. She married Dale Alexander on March 1, 1959 in Murray, KY.

She was preceded in death by her parents and three sisters, Helen Zebell, Marilyn Purdue and her twin sister, Wilene Webb.

Julene was a member of the St. Charles Borromeo Catholic Church in Charleston, IL.
She and her husband Dale started their married life in Murray, KY and they lived for six years in Hickman, KY. They moved to Charleston, IL in 1969. Julene was excited to continue her education at Eastern Illinois University and proudly received her Masters of Education. "Mrs. Alexander" went on to touch the lives of many students for over 40 years while teaching 6th Grade at Jefferson School.

Julene's greatest joys in her life were her husband, family and her treasured friendships that she had from Sullivan, Murray, Hickman and Charleston. She loved her bunco girlfriends, her neighbors, the teachers and staff at Jefferson, her students, her pets Roxy and Lucky, and her doctors and nurses. She spread her love everywhere she went. She enjoyed decorating, antiquing and gardening.

Thank you for all of the love, support and prayers over the past three years as Julene has courageously accepted and fought her cancer.

We ask that in leu of flowers, donations be made to the new Cancer Center at Sarah Bush Lincoln Hospital in her honor.


To order memorial trees or send flowers to the family in memory of Julene Alexander, please visit our flower store.