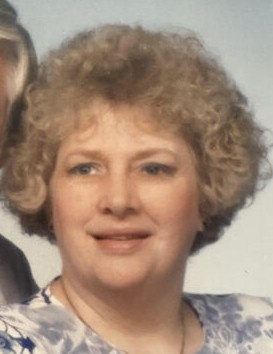 Funeral services will be held at 11:00 A.M. on Tuesday, June 15, 2021, at the Spirit of Life Church, 4994 Baker Woods Ln in Decatur, IL. Pastor Doug Rudow will officiate. Burial will be at 3:00 P.M. in the Drummer Township Cemetery in Gibson City, IL. Visitation will be held from 9:30 A.M. to 11:00 A.M. on Tuesday at the church. The Edwards Funeral Home is assisting with arrangements.

Joyce was preceded in death by her parents, Herman, and one brother, Larry Brethorst.

Joyce worked in accounting most of her life, having been employed by Sullivan Chevy in Decatur, IL, Decatur Fireman’s Credit Union, John’s Marine, Central Illinois Barber and Beauty  College, Crown Cork & Seal in Warrensburg, IL, and she owned and operated the Wild Daisy Florist and Wedding Chapel in Decatur, IL. She also enjoyed her last years of retirement volunteering at the Senior Center making flowers.

Joyce enjoyed painting, drawing, sewing, and she sold custom lamp shades and draperies.
She loved the Lord and served him with all of her heart. She loved all of her children,
grandchildren, and great-grandchildren tremendously.

Memorials may be sent to the family.

To order memorial trees or send flowers to the family in memory of Joyce Rhodes, please visit our flower store.
Send a Sympathy Card