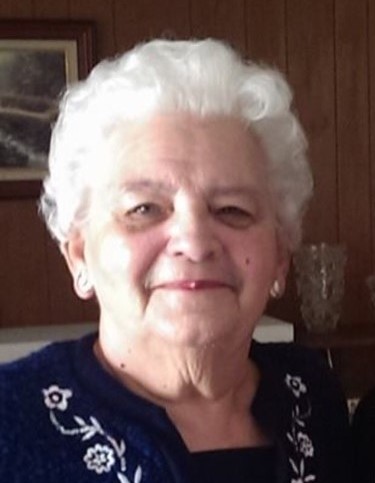 She is survived by one son, Daryl Miller and his wife Diana of Arcola, IL, one daughter, Pam Harter and her husband Todd of Napa, CA, four grandchildren, Trish Miller of Claremont, CA, Joshua and Jeromy Knaus of Effingham, IL and Jordan Miller of Arcola, IL, five great-grandchildren and one brother-in-law, Robert Van Cleave of Tuscola, IL.

Joyce was a member of the First Christian Church of Arcola and the Arcola Lions Club.

Joyce was an Avon lady for many years.  She enjoyed delivering meals on wheels and loved playing cards with her family and friends.

Memorials may be made to the Arcola First Christian Church or the Arcola Lions Club.

To order memorial trees or send flowers to the family in memory of Joyce Hancock, please visit our flower store.
Send a Sympathy Card