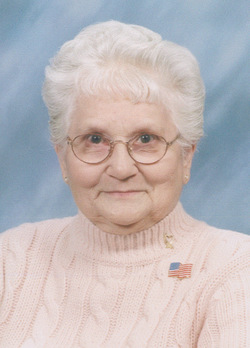 Graveside services will be held at 10:00 A.M. on Saturday, October 15, 2016 in the Arthur Cemetery. Father Angel Sierra will officiate. The Edwards Funeral Home is assisting with arrangements.

She was preceded in death by her parents her husband, 1 granddaughter, Kimberly Ohm, 4 great-grandchildren, Jeffery Borntreger Jr., Thadius Ohm, Cody Ohm and Shelby Tate and one brother, George Gunn

Jo worked as a nurse’s-aid at We Care Nursing Home in Arcola, IL for several years. She was a member of St. John the Baptist Catholic Church in Arcola, IL. She enjoyed spending time with her family.

In lieu of flowers memorials may be made to the American Cancer Society.

To order memorial trees or send flowers to the family in memory of Josephine Ohm, please visit our flower store.