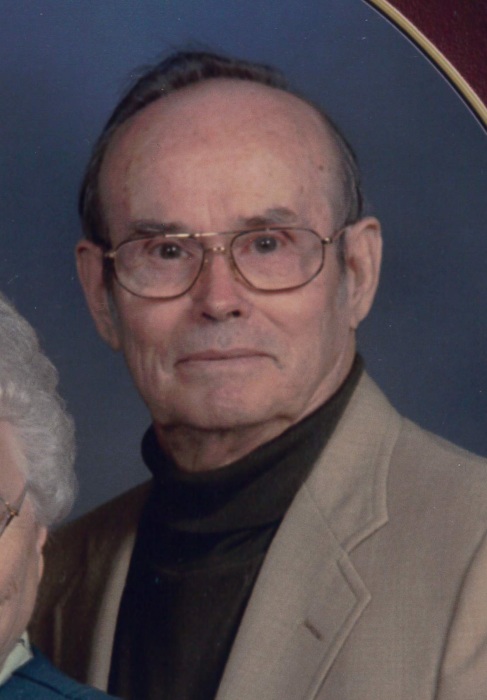 Funeral services will be held at 1:00 P.M. on Monday, December 30, 2019 at the First Baptist Church, 231 N. Illinois Street in Atwood, IL.   Pastor Lanny Faulkner will officiate.   Burial with Military Rites conducted by the American Legion James Reeder Post 770 of Atwood will be held in the Mackville Cemetery in Atwood, IL.   Visitation will be one hour prior to the funeral at the church.   The Edwards Funeral Home is assisting with arrangements.

His parents, one son, Tim White, one grandson, Sean White, a daughter-in-law, Kathy White and one sister, Lois Smith preceded him in death.

John was a Navy Veteran of WWII.

He was a member of the Zion Church of Christ of rural Arthur, IL and the American Legion James Reeder Post 770 of Atwood, IL.

He retired from USI with nearly 40 years of service.

In lieu of flowers, memorials may be made to the American Cancer Society or the Arthur Home.

To order memorial trees or send flowers to the family in memory of John White, please visit our flower store.
Send a Sympathy Card