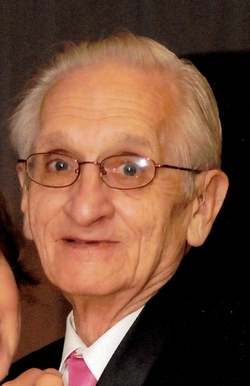 He is survived by his wife Diane Swatko of Arthur, IL, three children, Krista Whelan and her husband Ryan of Petersburg, IL, Faith Renna and her husband Robert of Bethlehem, PA and John Cox and his wife Carrie of Mobile, AL, and five grandchildren, Kevin and Jessica Renna and Ammon, Nathaniel and Shannara Cox.

John was a Navy Veteran of the Korean War.

John was a very quiet man; he didn’t like to get out much. Although when he did, he enjoyed going to symphonies and concerts at the Krannert Center for the Performing Arts in Champaign. He loved classical music, movies, computers, science and social studies; he knew everything about the civil war.

He retired as a building supervisor from Torrey Pines Elementary school in Torrey Pines, CA with over 20 years of service.

In Lieu of flowers, memorials may be made to the Arthur Lions Club.

To order memorial trees or send flowers to the family in memory of John Swatko, please visit our flower store.
Send a Sympathy Card