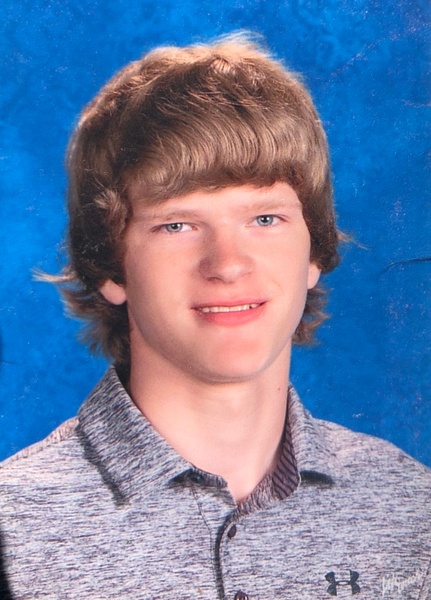 John was born on September 28, 2001 in Bloomington, IN.   He is the son of John William and Hope Anne Desiree (Landers) Nisbet Jr.

He is survived by his parents, John and Hope Nisbet of Humboldt, IL; a half-sister Kelly Jo; maternal grandmother, Judy Landers of Muncie, IN, paternal grandparents, Jack and Illa Nisbet of Effingham, IL; uncles and aunts, Doug Nisbet of Solomon, GA, Sue Mahoney and her husband Randy of Herscher, IL, Dave Nisbet and his wife Joyce of St. Joseph, IL Jackie Austin and her husband Mel of Mattoon, IL, Tracey Nisbet and Scott Nisbet both of Effingham.

He was preceded in death by one uncle, Terry Nisbet.

John was a member of the Walnut Grove Christian Church in rural Arcola, IL, where he was very active in the youth group.   He also played the bass guitar in the praise and worship band.

He was a sophomore at Mattoon High School and was on the tennis team, he was also a member the Chess Club and the Wordsmith Writing Club.

John was Black Belt in Karate, he played the bass guitar in the band “Amplified”

In lieu of flowers memorials may be made to John’s Family.

To order memorial trees or send flowers to the family in memory of John Nisbet III, please visit our flower store.