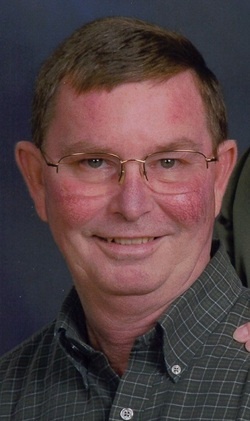 Visitation will be from 4:00 P.M. to 7:00 P.M. Tuesday, January 3, 2017, at Edwards Funeral Home in Arcola, IL. Funeral services will be held at 10:00 A.M. Wednesday, January 4, 2017, at Arcola United Methodist Church. Rev. Jeff VanDyke will officiate. Burial will be in Cartwright Cemetery, rural Tuscola, IL.

John was preceded in death by his parents, his father-in-law and mother-in-law, Charles and Juanita Rairden.

John was a 1972 graduate of Arcola High School and attended Parkland College. He retired from Cabot Corporation in 2009 as a lab technician with over 37 years of service.

Being a Purple Rider himself, John was always a big Arcola Purple Rider fan and also a big Fighting Illini fan. He enjoyed fishing, hunting and spending time with his family and friends, especially his grandchildren.

Memorials may be made to Arcola United Methodist Church or Arcola Foundation-Allen Roberts Fund.

To order memorial trees or send flowers to the family in memory of John Mills, please visit our flower store.