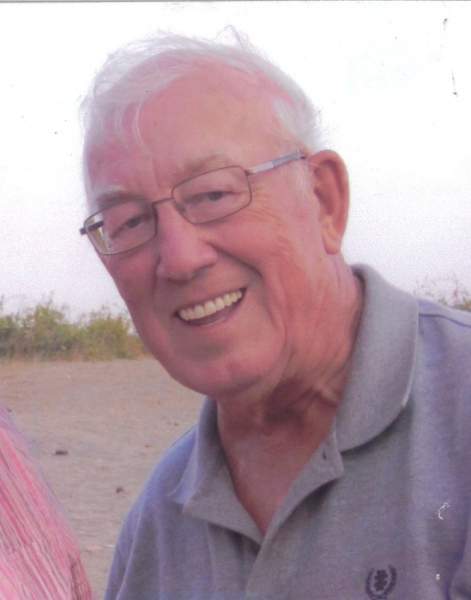 Funeral services will be held at 10:00 A.M. on Friday, October 12, 2018 at the First Southern Baptist Church, 3521 Dewitt Ave in Mattoon, IL.  Rev. John Calio will officiate.  Burial will follow in the Arcola Cemetery.  Visitation will be held from 5:00 to 7:00 P.M. on Thursday, October 11, 2018 at the church.  The Edwards Funeral Home is assisting with arrangements.

Survivors include his wife, Judy Lowey of Mattoon, IL; two daughters, Teresa Perrine and her husband Jack of Tempe, AZ and Jenny Lowey of Pearl, MS; four grandchildren, Sarah Cox and her husband Matthew of Phoenix, AZ, Rachel Perrine of Vancouver, Canada,  John Perrine and his wife Jenna of Elgin, IL and Joshua Perrine of Denver, CO; one great-grandson, Levi Cox; and two brothers, Jerry Lowey and his wife Judy of Bradley, IL and Robert Lowey and his wife Sandra of Tucson, AZ.

He was preceded in death by his parents, and four siblings, Owen Lowey, Frances Cotton, Albert Lowey and Daisy Schoon.

John was a member of the First Southern Baptist Church in Mattoon, IL He trusted Christ as his Lord and Savior and endeavored to walk in God’s way daily.

John attended Bradley-Bourbonnais High School.   He graduated from Illinois State University in Normal, IL with a bachelor’s in education.  John started his career as an educator in Heyworth, IL where he taught 6th grade and Jr. High Social Studies.  He later earned a master’s degree in education and school administration.  He served as High School Principal in Beecher, IL and in 1969 he and his family moved to Arcola, IL where John served as High School Principal until 1971.  In 1972 after completing his Specialist’s degree in Administration he succeeded Leon Sitter as superintendent, a position John served until 1982. After leaving Arcola he became the superintendent at Foreman School District in Manito, IL for nine years.  He then became the superintendent at Neoga for two years and retired in 1993.   After retirement he served as a Financial Consultant for the Charleston School District until he finally fully retired in 2004. John was a dedicated educator who believed that our Children are our greatest asset and all children deserve a quality education.

He was an avid golfer and really enjoyed spending time with his family and friends.

Memorials may be made to the First Southern Baptist Church – Parking Lot Fund.

To order memorial trees or send flowers to the family in memory of John Lowey, please visit our flower store.