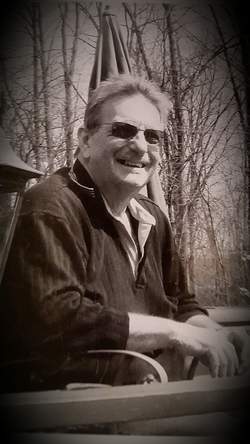 He is survived by his wife Linda (Kirby) Johnson of Mattoon, IL, one daughter, Amy (Johnson) LaBarbera and her special friend Bill Hastings of Urbana, IL, one step-son, Tim Keysear and his wife Beth of Springfield, IL, one step-daughter, Tabitha Keysear of Washington, IL, seven grandchildren, four great-grandchildren, three sisters, Carol Barger and her husband Dick of Neoga, IL, Bev Golladay of Mattoon, IL and Nancy Stark and her husband Dave of Catlin, IL and several nieces and nephews.

He was preceded in death by his parents and one brother, Harold Louis Johnson Jr.

John was a member of the American Legion in Mattoon, IL and he and Linda attended the Broadway Christian Church in Mattoon.

He retired from Service Equipment in Mattoon from the trucking industry.

Memorials may be made to the Broadway Christian Church in Mattoon or to Lincoln Land Hospice.

To order memorial trees or send flowers to the family in memory of John Johnson, please visit our flower store.