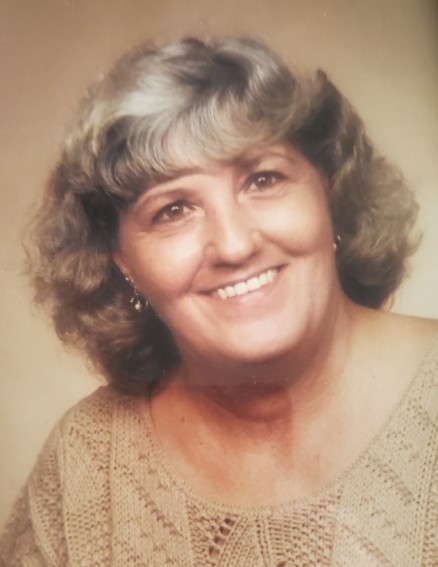 Margaret JoAnne Springer Loy peacefully left this earth to be with the Lord on July 23, 2021, at 8:48 A.M. at Odd Fellow Rebekah Home in Mattoon, IL. She was just 3 days shy of her 87th birthday.

Mass of Christian Burial will be held at 1:00 P.M. on Friday, July 30, 2021, at St. John the Baptist Catholic Church in Arcola, IL.  Father Angel Sierra will officiate.  Burial will be in the Arcola Cemetery.   The Edwards Funeral Home is assisting with arrangements.

JoAnne was born on July 26, 1934, to Earl and Blanche (Thompson) Giblin. She grew up in Winchester, IN with her sister Linda and brother Earl.  After school she worked at Westinghouse for many years and later at Bahama Joes in Florida where she lived in DeBary, FL next to her best friends Becky and Mike Sadler. She loved to read, make ceramics, and go to garage sales.

JoAnne is survived by her daughter and son-in-law Vanessa & Gregory Swanson, her sister and brother-in-law Linda & Paul Webb, her brother and sister-in-law Earl & Ellie Giblin. She has numerous Grandchildren, Great Grandchildren, Nephews, Nieces and Cousins.  She is also survived by Harold’s children, Debbie Gutwein, Steve, Mark, and Robert Loy and Kandice Norrell as well as her good friend and caregiver, Marcia Miller.

JoAnne was a member of St. John the Baptist Catholic Church in Arcola, IL

She was preceded in death by her parents her husband, and sons Donny & Larry Kiser.

JoAnne's service will be streamed live on the Ministerio Hispano Arcola, facebook page.  It will appear on their facebook right before service time.

To order memorial trees or send flowers to the family in memory of JoAnne Loy, please visit our flower store.
Send a Sympathy Card