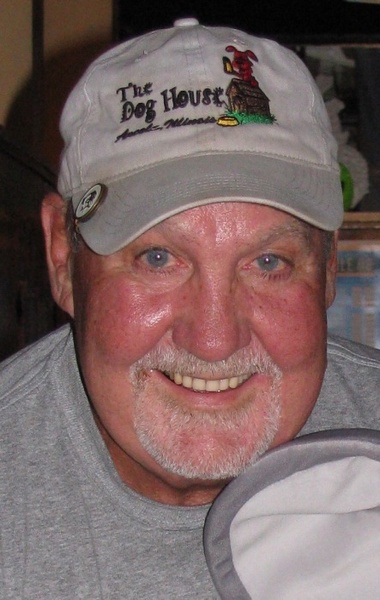 He was preceded in death by his parents, and one son, Doug “Dog” Pullen and a brother, Joe Pullen.

Jim was a member of the Arcola First Christian Church.

Jim graduated from Arcola High School in 1955.  He had worked at USI in Tuscola, IL for 10 years before becoming a claims adjustor for Allstate Insurance Company; a position he retired from with 25 years of service.   After Jim retired he and his wife, Denise, owned and operated The Dog House in Arcola for 5 years.

Jim was an avid sports fan and supported his sons in whatever sport they participated in and was very active in the Mt. Zion Wrestling Club.  He was the first recipient of the Arcola Sports Booster’s Honorary “A”.   He liked to play golf, spoil his dogs and spend time with his family and friends especially his grandchildren.

To order memorial trees or send flowers to the family in memory of Jim Pullen, please visit our flower store.