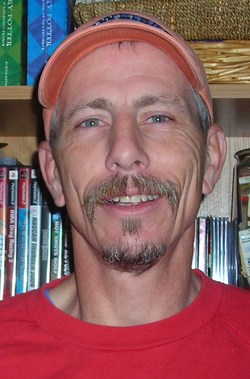 Jay is survived by his wife, Lana Hill of Arcola, IL; children, Natasha Hill of Arcola, IL, Katrina Hill of Urbana, IL and Tamber Black and her husband Chad of Effingham, IL; one grandson, Camden Black; his mother, Joan Johnston of Decatur, IL; his father, Lowell Hill of Hemet, CA, two brothers Dwight Hill and his wife Glenda of Clinton, IL and Chad Hill and his wife Aimee of Decatur, IL; his stepdad, Mike Johnston of Forsyth, IL; his father-in-law Bruce Weatherford of Tuscola, IL and many nieces, nephews, sisters-in-law and brothers-in-law.

He was preceded in death by his maternal grandparents, Vic and Louise Sanders and paternal grandmother, Rena McNear, stepmom, Peggy Hill and mother-in-law Janet Weatherford.

Jay attended his early years of school at Tuscola and then attended at Maroa-Forsyth from 7th to 12th grade. After graduation, he served in the Army as a PFC Cavalry Scout from 1978-81. He was stationed in Germany and was honored as a sharpshooter with the M-16 rifle. He had very fond memories of his time in Germany.

Jay was a jack-of-all-trades and very hard worker. He excelled at construction, CNC machining, mechanics and farming. He was most proud of owning his own detail shop. An avid musician from an early age, he could play almost any instrument and learned to play by ear. He loved going to see bands like, Zwarte' and Here Come The Mummies. Jay enjoyed NASCAR, playing Battle Pirates, spending time with friends, family and his dog, and special date nights with his wife. He really liked watching stand-up comedians and was quite the comedian himself. Laughing was always a part of his life. Jay was a man that spoke his mind, always stood up for his beliefs, and would never change for anyone. He was admired for these qualities and will be greatly missed.

Memorials may be made to the American Cancer Society.

To order memorial trees or send flowers to the family in memory of Jay Hill, please visit our flower store.
Send a Sympathy Card