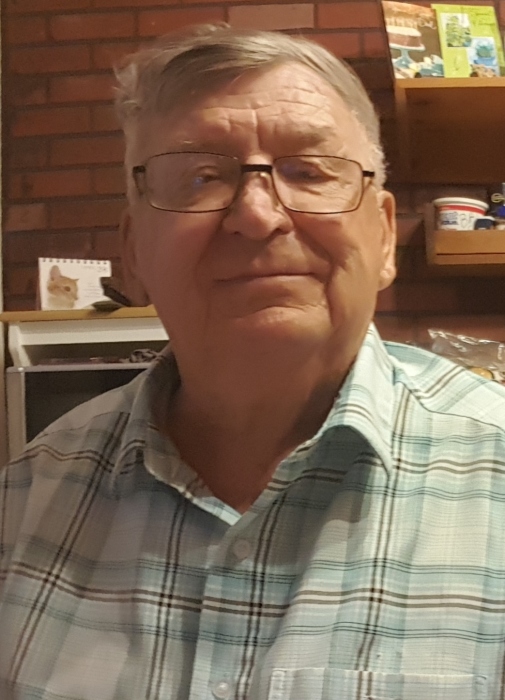 Graveside memorial services will be held at 2:00 P.M. on Saturday, June 9, 2018 at the Dodge Grove Cemetery in Mattoon, IL.  Military Rites will be conducted by the Mattoon VFW.  The Edwards Funeral Home is assisting the family.

He was preceded in death by his parents, his wife Jackie, his son Eddy Cooper and two brothers.

Jim was a Marine Veteran of the Korean War.

He was a member of the Mattoon VFW Post 4325.  He retired from Blaw Knox in Mattoon with over 30 years of service.

Jim and his son Eddy enjoyed hunting and fishing with their friends.  Later in life, Jim enjoyed spending time with his daughter and grandson. They liked to go cruising, fishing, target shooting and out to eat.  Jim was an avid bingo player.  He and his daughter shared found memories of their vacation to Florida in 2017, it was her first trip to Florida and his last.

In lieu of flowers, memorials may be made to the Disabled Veterans of America or Lincoln Land Hospice.

To order memorial trees or send flowers to the family in memory of James Reedy Cooper, please visit our flower store.
Send a Sympathy Card