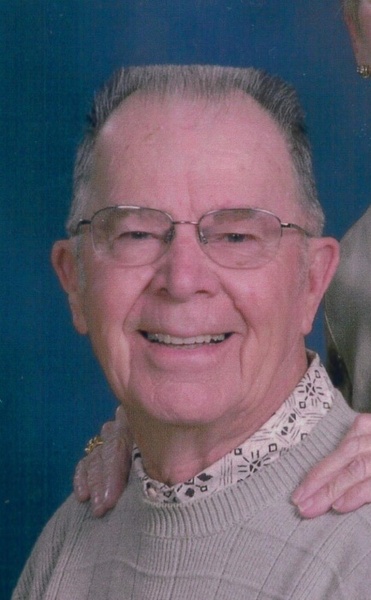 Private services will be held on Thursday, December 17, 2020 at the Edwards Funeral Home.  Rev. Don Winch will officiate.  Burial will be in the Arcola Cemetery.

Jim was born on March 4, 1929 in Kemp, IL to Virgil E. “Bud” and Nina L. (Turner) Jenkins.  Jim attended Hindsboro High School, where he and his classmates were the last class to graduate Hindsboro High.  Jim married Clara Jane Hood, his wife of 66 years in August of 1954 in Humboldt, IL.  She survives along with their two sons, Jeff Jenkins and his wife Julie of Arcola, IL and Jon Jenkins and his wife Teresa of rural Charleston, IL, four grandchildren, Jessie Jenkins of Arcola, IL, Rodger Ocheltree and his wife Sol of Las Cruces, NM, Nicole Dewey and her husband Carl of Homer, IL and Jon James Jenkins and his wife Lauren of Gallatin, TN, and seven great-grandchildren, Nysa, Hunter, Matthew, Haley, Carson, Colton and Addison.

Jim farmed for several years and owned and operated several businesses in Arcola over the years.  He was a member of the Arcola Police Department as an Auxiliary Officer and also volunteered at the Arcola Lions Club.

Jim had three great joys – family, motorcycles and hunting.  He often mixed all three together including many close friends.  He enjoyed hunting with friends and family all over Illinois and out West.  He loved to ride and work on motorcycles.  Jim started riding Indian motorcycles at a young age and continued riding into his 70’s with trips across the country, including his ride up Pikes Peak and to Key West.  He later rode only locally, but continued to ride into his 80’s.

Jim’s kind heart and loving manner for family and friends will be truly missed.

Memorials may be made to the Arcola Lions Club.

To order memorial trees or send flowers to the family in memory of James Jenkins, please visit our flower store.
Send a Sympathy Card