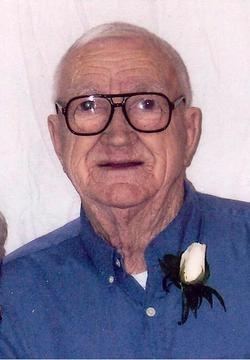 Services were held at 2:00 P.M. on Friday, March 27, 2015 at the Danville National Cemetery in Danville, IL. The Edwards Funeral Home assisted with arrangements.

He is preceded in death by his parents, his wife of 62 years, Clara Elizabeth Dare and 2 brothers, Don and Richard Dare.

James was an Air Force Veteran WWII, having served in the 11th Photo Tech Unit.

He had been a member of the Charleston VFW, and the Eagle’s Club in Mattoon, IL.

James retired from Tub-Lok in Mattoon, IL in 1978. He also had worked part time at the Red Shed Bait Shop in Charleston, IL.

He enjoyed fishing, flea markets and spending time with his grandchildren.

James’ family would like to express their gratitude to Lincolnland Hospice and Hill Top Nursing Home.

To order memorial trees or send flowers to the family in memory of James Dare Sr, please visit our flower store.