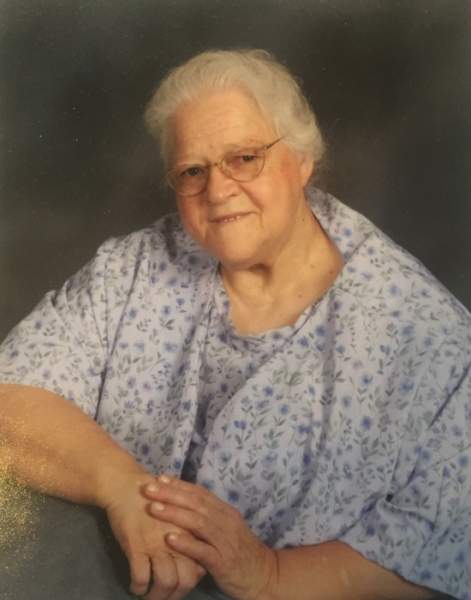 She is survived by her husband, Albert of Arcola, IL; one daughter, Gladys Smith and her husband Brent of Gonzales, LA and two sons, CMSgt Albert Duane Beachy and his wife Shelley of Ogden, UT and Mark Beachy of Arcola, IL; seven grandchildren, Joshua Smith and his wife Nicole of Prairieville, LA, Joline Kreh and her husband Ryan of Baton Rouge, LA, Tiffaney, Heidi, Ian and Joel Beachy all of Ogden, UT and Meaghan Beachy of Las Vegas, NV; three great-grandchildren, Dillon and Makenzie Smith and Randolph Kreh; one brother, Ernest Lee of Madison, VA and four sisters, Lydia Wakeland and her husband Don of Ft. Wayne, IN, Olive Miller and her boyfriend Charles of Dover, DE, Fannie Mae Morris and her husband Leonard of Dover, DE and Barbara Lewis of Cumberland, MD.

Ivy was a member of the Walnut Grove Christian Church in rural Arcola, IL.

She was also a member of TOPs of Arcola, she had been a member of the Arcola VFW Women’s Auxiliary and she also sang in the Hallelujah Chorus.

Ivy operated a bakery from her home for several years.   Ivy’s Confections, she specialized in baking cakes and pies.   She served at the Arcola Senior Center for many years.   And managed the Peace Meals program for Arcola for many years.

Ivy enjoyed sewing, quilting and collecting angel figurines.   She always enjoyed listening to the Gunny Sack Review.   Her greatest joy in life was spending time with her family especially her grandchildren.

In Lieu of flowers memorials may be made to the Walnut Grove Christian Church.

To order memorial trees or send flowers to the family in memory of Ivy Beachy, please visit our flower store.