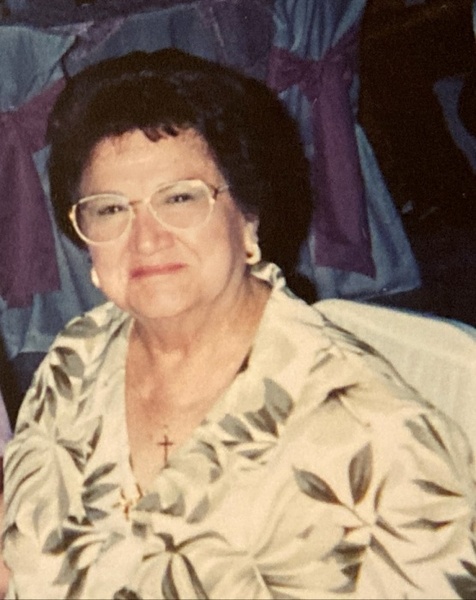 Visitation will be held from 4:00 P.M. to 8:00 P.M. on Thursday, October 15, 2020 at the Edwards Funeral Home.  Funeral and burial service will be in the Del Robles Cemetery in Monterrey, Mexico at a later date.

Isabel was born on July 8, 1935 in Navojoa, Sonora, Mexico.  She was a daughter of Federico and Micaela (Ibarra) Cabrera.  She married Jaime B. Garza in August of 1955 in Cadereyta, Mexcio.

She was preceded in death by her parents and one son, Martin Garza.

Isabel was a member of the Spanish Church of the Nazarene of Arcola, IL.

She had worked at The Libman Company in Arcola, IL from 1974 until she retired in 1998.

Isabel loved to sing and cook, but most of all enjoyed spending time with her grandchildren.  Her colorful life was painted by her gifts of song and her devotion to her family.  At the age of 16, Isabelle left behind a career as a professional singer to raise a family.  She frequently performed for her loved ones, with her incredible talents bringing her audience to tears.

Memorials may be made to Mi Raza or the Arcola Food Pantry.

To order memorial trees or send flowers to the family in memory of Isabel Garza, please visit our flower store.