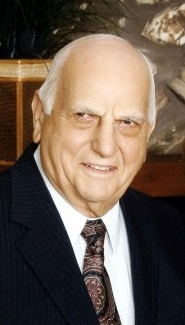 He was preceded in death by his parents, one grandson, Jonathan Cheatham, one brother, Frank Thompson and one sister, Grace Hood.

He farmed in the Arcola area his entire life.  His passion was farming.   Irvin always went to great lengths to be a good steward of the land.   He was always looking for innovative ways to improve the family farm.   He was a pioneer in the start of the grain bin industry.   His entrepreneurial spirit led him to become a national sales leader for the Chicago Eastern Grain Bin Company for several years.

Irvin always kept up with area farm sales and auctions, most recently attending one in February of this year.

He enjoyed reminiscing and telling stories with family and friends.

Memorials may be made to the Oak Grove Baptist Church in Oakland, IL or Choices (formerly the Crisis Pregnancy Center)

To order memorial trees or send flowers to the family in memory of Irvin Thompson, please visit our flower store.