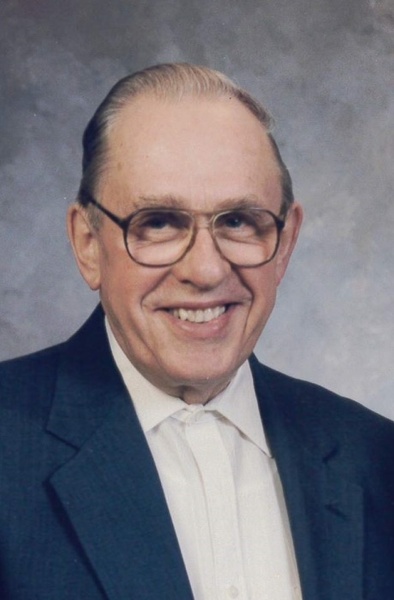 Henry Plank, Arthur IL, age 93, passed peacefully during the early morning hours on Monday, December 9, 2019 at the Arthur Home, Arthur, Illinois. Henry was born on September 6, 1926, to John and Fannie (Mast) Plank of Arthur, Illinois. Born into the Amish faith, Henry and his eight brothers and sisters were raised to work diligently and serve God. Henry was a man of his word; faithful and committed.

Very early in Henry’s life, he discovered his love for music. Growing up on the farm, he would quietly slip to the barn haymow to play his guitar that he had stowed away in the hay. During that time, square dancing was a popular activity at the Amish young people’s gatherings, and he had the distinct privilege of being a square dance “caller” at those events.

Henry met and married the love of his life, Martha Ruby (Gingerich) Plank of Kokomo, Indiana, on November 29, 1949.  For 68 years, he and Martha faithfully served together in their life’s work of raising four children and in their pastoral ministry that began as charter members of the Quinn Chapel Church in Cooks Mills, Illinois, which later became North Vine Mennonite Church in Arthur, Illinois.

Meeting new people and conversing as though they were old friends came so naturally for Henry. He and Martha owned the Gospel Books & Music store in Arthur for 46 years bringing their passion for guitars and southern gospel music to the community. Being a self-taught musician, Henry could pick up any stringed instrument and fill the room with music.

His love for music overflowed into many young people’s lives as he started and directed the Ambassadors for Christ chorus during the mid-1950’s for 12 years. He was also a part of numerous singing groups throughout the years. Henry willingly shared his gift for teaching and Bible prophecy by serving as an adjunct professor at Rosedale Bible School in Irwin, Ohio, for 14 years in the 1960’s and 70’s as well as through a weekly broadcast, Calvary Echoes, on WLBH Radio in Mattoon, Illinois.  Henry passed along his love for music to his children as well as his grandchildren—it was a very common occurrence to visit Grandpa at the “store” and find him sitting on a tall stool playing one of the many guitars, banjoes, or mandolins hanging on the wall. Over the years, several of his grandsons were privileged to work alongside him in the store on select busy retail days throughout the year. In later years, his Coffee Shop friends became an important part of each day.

Preceding Henry in death are his parents, two sisters and one brother; his wife Martha, his daughter in law Lois Plank, and great-granddaughter Eliza Bender; four brothers in law, and two sisters in law. Henry is survived by his four children, 17 grandchildren, and 17 great-grandchildren; brothers and sisters: Martha Gingerich, Catherine Plank, Ada (Reuben) Yutzy, and Eli (Cora) Plank of Arthur, Illinois, Ed Plank of Fresno, California. Henry’s legacy of his love for Jesus, the Bible, and southern gospel and bluegrass music will live on; while in the meantime…“I’ll Fly Away”.

To order memorial trees or send flowers to the family in memory of Henry Plank, please visit our flower store.
Send a Sympathy Card