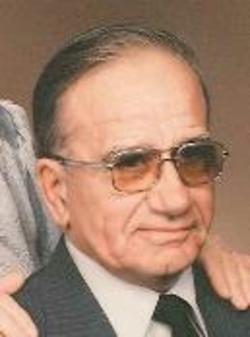 Henry Diener, 96, of White Pigeon, MI passed away September 7 at Thurston Woods in Sturgis, MI. He was born March 30, 1919 in Sullivan, IL, to the late Obed and Anna Mast Diener.

He married Mary Beachey Diener on December 23, 1937, in Arthur, IL; they celebrated their 70th wedding anniversary before her death on February 3, 2008.

He was preceded in death by a great grandson; three sisters, Katie Bontrager, Lucy Otto, and Emma Bennett; and two brothers, Andy Diener and Jerry Diener.

Henry was a man of strong convictions and wide-ranging interests. As a young married man, he operated a farm in Arcola, IL, and began a lifelong career in auctioneering. At age 40, he enrolled at Eastern Mennonite College in Harrisonburg, VA graduating with a Bible major. He then served as pastor of Pleasant Grove Mennonite Church in Fort Seybert, WV, and taught at Fulks Run Elementary School.

Henry moved to Middlebury, IN, in 1965 to serve as principal of the Clinton Christian School. He also pastored Riverview Mennonite Church, White Pigeon, MI, for twenty years, taught at Roosevelt Elementary in Elkhart, IN, and co-founded Lakeview Youth Manor, a group home providing foster care.

In the 1970’s, Henry owned and operated Michiana Painters and later founded Michiana Tree Movers, providing “instant shade by hydraulic spade” to residential and commercial customers until his retirement in 2002 at the age of 83.

Henry was a colorful storyteller and an avid musician who played the harmonica enthusiastically until days before his death.

Memorial contributions may be given to Thurston Woods in Sturgis, MI.