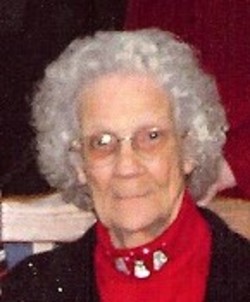 Helen was born at home in Arthur, IL on December 22, 1919. She was the seventh child of Earl Edwin and Luella Mae (Heim) Rippey. She was raised and educated in the Arthur-Arcola area and graduated in 1938 from Arcola High School. She married Elbert L. Lilley on May 31, 1940 in St. Charles, MO. He passed away on December 24, 1984.

Helen alongside her husband, Elbert, farmed in Coles and Champaign County for over forty years. She was a talented seamstress, gardener, and had amazing baking abilities. Helen also enjoyed traveling throughout the US visiting family and friends.

Helen was a member of the Humboldt Christian Church where she taught Sunday School and Bible School for many years.

To order memorial trees or send flowers to the family in memory of Helen Lilley, please visit our flower store.
Send a Sympathy Card