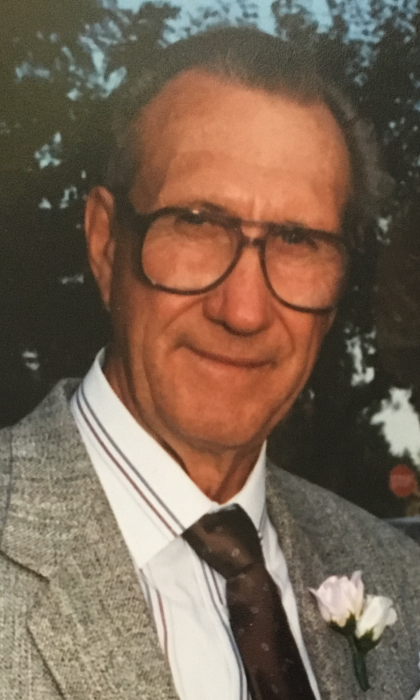 Funeral services will be held at 11:00 A.M. on Friday, October 20, 2017 at the Crossroads Free Will Baptist Church, 1501 North Keller Drive in Effingham, IL.  Pastor John Hollis will officiate.  Burial with Military Rites conducted by the Effingham American Legion will be in the Arborcrest Memorial Park Cemetery in Effingham, IL.  Visitation will be held two hours prior to the funeral from 9:00 A.M. to 11:00 A.M. at the church.  The Edwards Funeral Home in Arcola is assisting the family with arrangements.

He was preceded in death by his parents, his wife, two children, Stephen Parks, and Robert “Bobby” Parks, and nine siblings.

Harry was a Navy Veteran of World War II.

He was a member of the Masonic Lodge and the Moose Lodge.

He enjoyed golfing and spending time with his grandchildren.

To order memorial trees or send flowers to the family in memory of Harry Parks, please visit our flower store.
Send a Sympathy Card