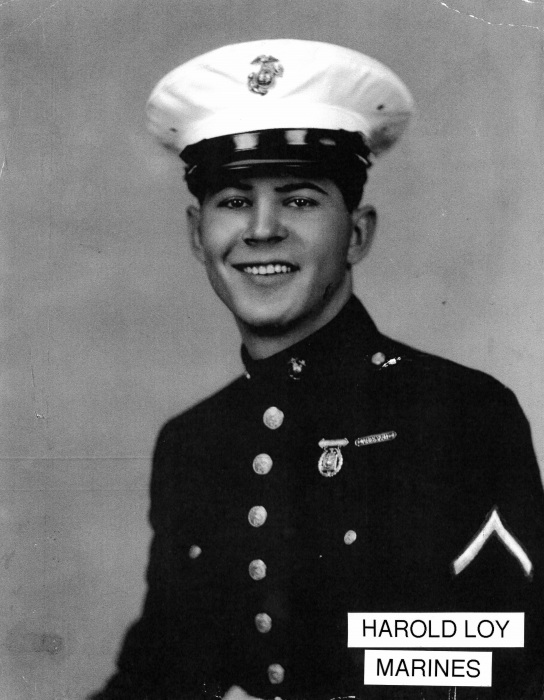 Harold was a Marine Veteran of the Korean War.

He was a member of St. John the Baptist Catholic Church.

Harold was Chief Deputy in Jay County, IN from 1963 to 1971.  In 1971 he became the Sheriff of Jay County Indiana until 1975.  When Harold moved to Arcola, in 1976, he became the Plant Superintendent at the Thomas Monahan Company until he retired in 1992.  After retirement, Harold started a lawn care business mowing and maintaining over 18 yards around Arcola.

Harold was always proud to have served in the Marines and he would always help a friend who was in need.

Memorials may be made to St. John the Baptist Catholic Church.

To order memorial trees or send flowers to the family in memory of Harold Loy, please visit our flower store.
Send a Sympathy Card