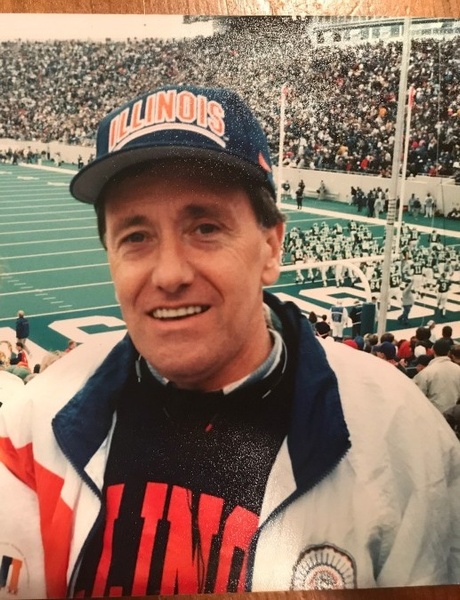 Mass of Christian Burial will be held at 10:30 A.M. on Friday, February 7, 2020 at the St. Columcille Catholic Church, 516 West Jackson St., Sullivan, IL.  Father John Titus and Pastor John Stewart will officiate.  Burial with Military Rites performed by the Arthur American Legion will be in the Arthur Cemetery.  Visitation will be from 3:00 P.M. to 8:00 P.M. on Thursday, February 6, 2020 at the Edwards Funeral Home 221 E. Main St., Arcola, IL.

They were preceded in death by their parents and Mary’s two brothers, Ronald Davidson and Patrick Davidson.

Harold graduated from Monticello High School in 1964.   He was an Airforce Veteran of the Vietnam War. While in the Airforce Harold served in Albuquerque, NM and Taipei, Taiwan.

Mary worked at the bank in Arthur for over 30 years.  She became a teller at the Arthur Homestead and Loan in 1979; she retired from the Arthur Community Bank as the bank manager in 2009.

They were members of the St. Columcille Catholic Church in Sullivan, IL, and the Kaskaskia County Club where Harold had been a past board member.

Harold was also a member of the Arthur American Legion Post 479 and the Arthur Lions Club. In the fall of 2003, the Arthur Alumni Association presented him with an Honorary Alumni Degree; in 2015 Harold was awarded the Melvin Jones Fellowship award for his devotion to humanitarian service from the Lions Club International Foundation and he was also a member of the Douglas County Retired Teachers Association.  Harold was recently awarded the Quilt of Valor from the Arthur American Legion Post 479.

Mary was also a member of the Women’s group at the St. Columcille Catholic Church in Sullivan, and the American Legion Auxiliary in Lovington, IL.

Throughout their lives, they have enjoyed golfing, traveling to places like the Rocky Mountains, Niagara Falls, Lutsen, MN, Gatlinburg, TN, Tomahawk, WI, the Grand Canyon and Las Vegas; golfing in some places and enjoying the bike trails in others.  They also enjoyed tailgating at Illinois Football games with family and friends for more than 30 years.  Spending time with their grandchildren and going to their ball games was always one of their favorite things to do.

Harold and Mary’s family would like to thank Dr. James Wade III and his staff of Cancer Care Specialist Foundation for their professionalism and support.   They would also like to offer a special thank you to the Arthur Nursing Home, for their love and support and special care over the past year and a half.

In lieu of flowers memorials may be made to the Cancer Care Specialist of Illinois, Charitable Donation, 210 West McKinley Avenue Suite 1 in Decatur, IL 62526 and to the Arthur Home, 423 Eberhart Drive, Arthur, IL 61911.

To order memorial trees or send flowers to the family in memory of Harold Bell, please visit our flower store.