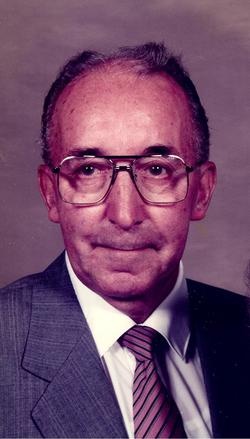 Harlan was born on August 30, 1919 in Delhi, IA. He was a son of Walter and Maude Myrtle (Shepherd) Appleby. He graduated from Delhi High School in 1936 and was a 4 year letterman in baseball and basketball. He married LaVerne Pauline Guess on April 20, 1941 in Manchester, IA.

He worked as a dairy farmer then beef farmer until he retired in 1979.

He was preceded in death by his parents and one brother, Donald Appleby.

Harlan was an active member of the Zion United Church of Christ in Arthur, IL.

Memorial may be made to the Zion United Church of Christ.

To order memorial trees or send flowers to the family in memory of Harlan Appleby, please visit our flower store.
Send a Sympathy Card