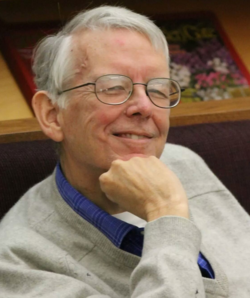 George was born on May 13, 1956 in Harris County, TX. He was a son of George Leroy and Dorothy Ann (Meismer) Haynes Sr.

He attended Our Lady of Fatima Catholic School in Galena Park, TX, Alief Hastings High School where he graduated in 1974 with honors, and University of Houston, where he received his Bachelor of Business, graduating in 1978 with honors. He is a lifetime member of the alumni association.

On January 1, 2000 he married Susan Lucas Butcher in a civil ceremony, and then again on February 2, 2002 at Notre Dame Catholic Church.

George enjoyed hunting, fishing, bowling, gardening, and traveling. He was a member of the Knights of Columbus Council 7036 in Houston where he enjoyed calling bingo. He held season tickets to the University of Houston Cougar Football games for over 25 years.

He is preceded in death by his parents and grandparents, as well as his niece Jenner Toohey.

We would like to thank his co-worker Cecelia "Cookie" Smith for her years of being at his side. Acknowledgements to Dr. Luyun and the oncology staff at Carle, Mattoon, Carle Hospice, Urbana, and the staff at Arcola Heath Care Center.

George unselfishly requested to donate his remains to the anatomical gift program at Southern Illinois University School of Medicine and Mortuary Science at Carbondale, IL.

A memorial mass will be held Saturday, February 14th at St. John the Baptist Catholic Church in Arcola at 11:00 A.M. followed by fellowship and a meal at Arcola United Methodist Church.

To order memorial trees or send flowers to the family in memory of George Haynes, please visit our flower store.