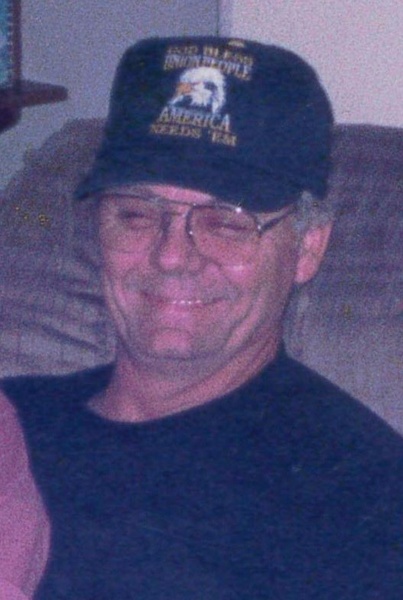 Gene Allen, 73 of Arcola, IL passed away at 11:30 PM on Tuesday, March 22, 2022 after a short battle with cancer at Sarah Bush Lincoln Health Center in Mattoon, IL.

Per Gene’s wishes there will be no services held.

He is survived by his wife of 51 years, Peggy Wood Allen, his daughter Kimberly Morford and her husband Gary of Arcola, IL, grandchildren, Alex, Jason and Brok, great granddaughter, Cheerilee, sisters, Sharon Lowder of Allerton, IL and Sheila York and her husband Barry of Maryfield, MN, and many nieces and nephews.

He was preceded in death by his parents, Gene Allen and Joyce Copass.

Gene graduated from Mattoon High School in 1967.  He was an Army Veteran.

Gene was a proud, loving and caring, husband, father and grandfather who put family first above all else.  He loved to fish, feed the squirrels and other critters that would visit him on his patio. Gene enjoyed grilling food and listening to his grandchildren’s musical talents as well as spending time with them every chance he got.

Gene absolutely adored his wife Peggy, after 51 years of marriage they were still in love like it was all new.  Gene was a wonderful man that would help anyone in need.  He will truly be missed and always remembered.

To order memorial trees or send flowers to the family in memory of Gene Allen, please visit our flower store.