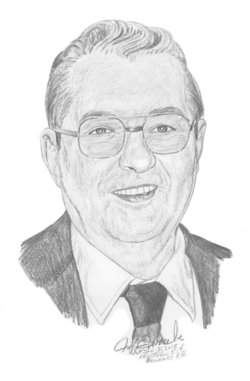 Funeral Services will be held at 11:00 A.M. on Saturday, January 31, 2015 at the New Mercy Worship Center in Mattoon, IL. Rev. Ed Stephens and Rev. Tom Skinner will officiate. Burial will be in the Jack Oak Cemetery in Greenup, IL. Visitation will be one hour prior to the funeral at the church. The Edwards Funeral Home is assisting with arrangements.

Fred was born on June 20, 1927 in Greenup, IL. He was a son of Thomas Oris and Zetta Mae (Tipsword) Grissom. When Fred’s father passed away his mother married Earl Ingram, who lovingly helped to raise Fred. Fred married Edna Burris on April 29, 1945. She passed away on October 19, 1990. He later married Phyllis Tanner Ketchum on October 12, 1996 in Aurora, CO.

He loved working with the church youth, making several trips to the St. Louis Zoo and other outings that the children enjoyed. He served as Sunday School Superintendent at Pilgrim Holiness Church in Charleston and later at the Salisbury Church in Hutton.

Fred was very open about his faith and enjoyed sharing his testimony with others.

Hobbies he enjoyed included raising small farm animals, gardening, attending gospel music concerts, hunting, fishing and just being outdoors. He had a smile and a genuine interest in the wellbeing of others.

He was a member of the New Mercy Worship Center in Mattoon, IL.

At Fred’s request memorials may be made to the American Lung Association.

To order memorial trees or send flowers to the family in memory of Fred Grissom, please visit our flower store.