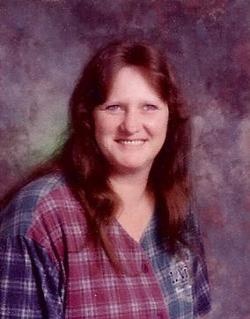 Frankie was born on December 11, 1957 in Tuscola, IL. She was a daughter of Loy M. and Alleen (Boswell) Tucker.

Frankie was preceded in death by her father, Loy Tucker and twin brothers, Floyd and Lloyd Tucker.

Frankie was a 1976 graduate of Arcola High School.

She was an avid Elvis Presley fan and enjoyed old John Wayne movies. She had also been involved in many Civil War re-enactments. She enjoyed spending time with family and friends especially her grandchildren.


To order memorial trees or send flowers to the family in memory of Frankie VanMeter, please visit our flower store.