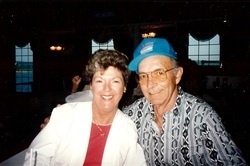 Frank was preceded in death by his parents, a daughter, Cathy Gibson, one brother, William Cox and one sister, Wilma Fonner.

Frank was an Army Veteran.

He had worked at the University of Illinois for 11 years, Cabot in Tuscola, IL for 10 years and he retired from Kraft in Champaign, IL with over 19 years of service.

Frank liked to tinker around in his garage working on lawn mowers and visiting with neighbors.

To order memorial trees or send flowers to the family in memory of Frank Cox, please visit our flower store.
Send a Sympathy Card