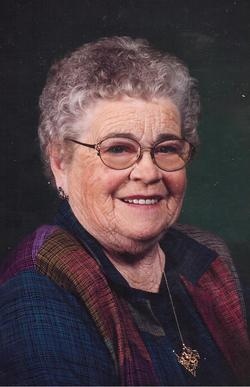 Frances was preceded in death by her parents, her husband, Dale D. Atteberry, a son-in-law, Gordon Hannon, her stepmother, Mayme Davis and a brother, Edward Harris Davis.

Frances graduated from Arthur Township High School in 1936. She was a member of the Drama Club and the award winning Arthur High School Band. She was a graduate of Terre Haute Commercial College.

Frances was a homemaker and also did clerical work for Progress Casket Company.

Frances was a lifelong member of the First Baptist Church of Arthur, IL, the Arthur Baptist Women, the Arthur Women’s Club, the American Quarter Horse Association and the Arthuritics Kitchen Band.

She was a faithful volunteer, helping out at numerous church activities, the Arthur Visitors Center and Arthur Senior Citizens.

She was also an avid Illini Football fan and enjoyed tailgating with family and friends.

Frances’ family would like to express their thanks to the Cancer Care Center of Decatur, IL, especially Dr. Sebastien Kairouz; the staff at the Arthur Home; Lincolnland Hospice; Rev. John Stewart and everyone at the First Baptist Church of Arthur, IL.

To order memorial trees or send flowers to the family in memory of Frances Atteberry, please visit our flower store.