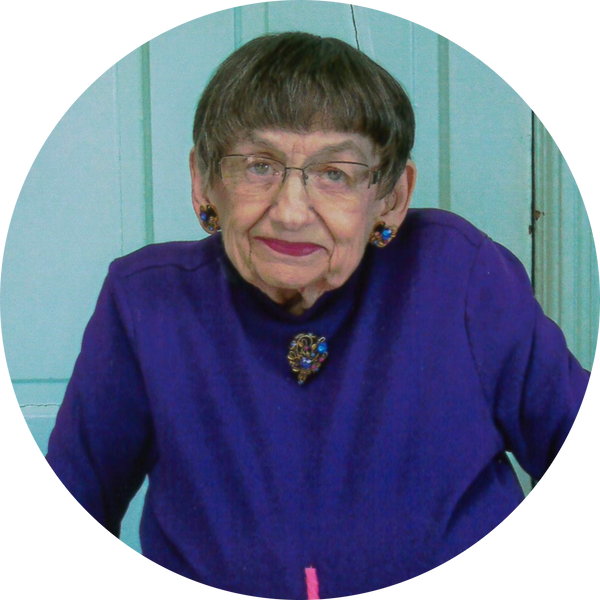 Evelyn was born on January 23, 1933 in Decatur, IL.  She was a daughter of Lonnie and Bessie (Bennett) Wells.  She married Raymond Winslow on August 6, 1955 at the Arcola Christian Church.  Raymond passed away on October 7, 2010.

She is survived by two children.  Daniel Winslow of Ocala, FL and Connie Winslow of rural Hindsboro, IL, and a brother-in-law Wayne Winslow and his wife Naomi of Champaign, IL.

Evelyn attended Bagdad Country School in rural Arcola, 1st through 8th grade.  She graduated in 1951 from Arcola High School, where she sang in the choir, was in G.A.A., and was active in the school plays.  She then attended Eastern Illinois University for the next two years.  She majored in music: voice and piano.  She also joined the drama class and was in several plays at EIU.

Evelyn and Raymond met at an Arcola vs. Hindsboro football game.  Raymond was drafted into the army. After his return, they were married in the Arcola Christian Church.  Evelyn then joined Raymond on the farm homestead he was born on.  She lived there 67 years.  Evelyn had taken piano lessons for over 10 years and then learned to play the pipe organ.  Over 25 years she played for various church services at the Arcola, Hindsboro, and Oakland Christian Churches.  She sang for church and for several weddings and funerals.  She really enjoyed leading and playing for the children’s choir, teaching Sunday School and Vacation Bible School.  She wanted the high school girls to have something they would enjoy doing and want to keep.  She had them pick a design and iron it on a pillowcase.  She bought paints and taught them how to embroidery paint.  She had one girl 30 years later tell her she loved it and she still had it for a keepsake.  She enjoyed using the sewing machine to make outfits and curtains.  She also enjoyed mending clothes by hand.

Evelyn was happy being a farm wife.  She helped Raymond on the farm by driving tractors to work the ground and she enjoyed mowing the big yard. As her MS progressed, she had to give up all outside work along with driving the car.  Dad had named her lead foot Evie because she liked to drive the car fast.  He liked to drive slow in order to look at the crops.  She enjoyed having a big garden, a big strawberry bed, fruit trees and various flowers.  She loved canning and freezing all the fruits and vegetables from her labor.  We enjoyed eating it in the wintertime.  She loved all the farm animals and birds.  Her favorite bird was the hummingbird.  As she got more homebound, she enjoyed having several bird window feeders to watch all year long.

Growing up Evelyn was very shy, be being in plays, singing, playing piano in music recitals, helped her to enjoy talking to people.   Soon she never saw a stranger.  She would talk and listen to everyone.  Friends and strangers felt at ease sharing their problems, asking for her to pray with them, to give them advise, or they’d just enjoy pleasantries of the day.  She was a mother and grandmother figure to so many.  Evelyn enjoyed sending cards with thick, long letters she had written: Birthday, Anniversary, Thanksgiving (her favorite holiday), Christmas, Get Well and Encouragement cards.  She was truly a Christian woman, always thinking of others and a mentor to many.  On her last day she was still thinking of others, praying for someone she knew in the hospital, recovering from a bad accident.  And one of her final wishes was to donate her body to a university medical school for students to learn from her so they could help others someday.

Memorials may be made to World Missionary Press, who make and distribute scripture booklets around the world, In Touch Ministries (Pastor Charles Stanley) whom she watched, read his books and Life Principals Bible.  They also distribute an electronic device, the Messenger, all over the world containing 100’s of Dr. Stanley’s sermons and the audio Bible in over 300 languages.  Or to the Coles County Animal Shelter.

To order memorial trees or send flowers to the family in memory of Evelyn Alice Winslow, please visit our flower store.