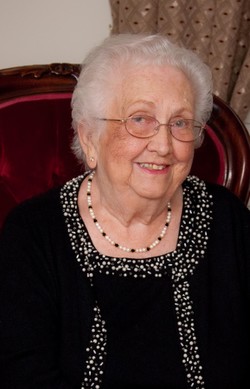 Evelyn was born on February 4, 1924 in Johnston City, IL. She was a daughter of Oscar and Iley (Wade) Williamson. She graduated from Arthur High School. Evelyn was married to Delbert Wayne Livesay who preceded her in death.

She was preceded in death by her parents, her husband, one brother, Donald Williamson, and one sister Lucille Bickel.

For many years, she ran her own beauty shop in Arthur, IL. She moved to Florida and worked at the University of Central Florida in Orlando, FL. She also worked and volunteered for Meals on Wheels, New Hope for Kids and in her spare time crocheted over 2,000 baby caps for newborns at Florida Hospitals.

She was a member of the American Legion Auxiliary in Arthur, IL.

Graveside services will be held in the Arthur Cemetery on Friday, April 15, 2016 at 12:00 P.M. Rev. Vince Rohn will officiate. The Edwards Funeral Home is assisting the family with arrangements.

Memorials may be made to the charity of the donor's choice.

To order memorial trees or send flowers to the family in memory of Evelyn Livesay, please visit our flower store.
Send a Sympathy Card