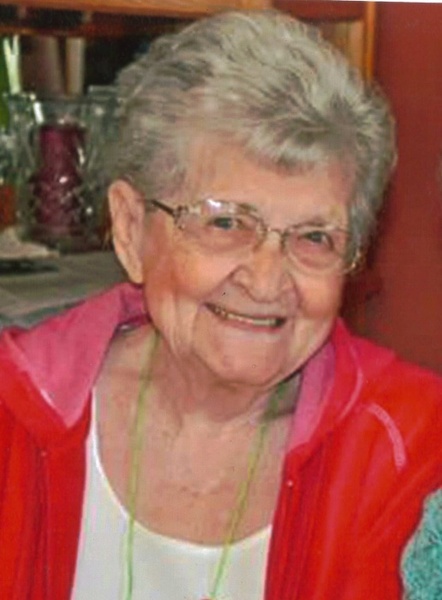 Funeral services will be held at 11:00 A.M. on Saturday, March 30, 2019 at Walnut Grove Christian Church, 12930 East CR 1700 North, rural Arcola, IL.  Pastor Steven Stern will officiate.  Visitation will be held one hour prior to the service at the church.  The Edwards Funeral Home is assisting with arrangements.

She was preceded in death by her parents, and her husband, Harold Keith House.

Esther was a member of the Walnut Grove Christian Church.

Esther and her husband operated a dairy farm for eight years in Bourbon, IL and sold grade A milk to Sunshine Dairy in Decatur, IL. In 1960 they moved to Tuscola, IL to farm for Bill McCarty, they lived on the Filson Road.

Esther enjoyed sewing, embroidering, gardening, fishing and spending time on their house boat on Lake Shelbyville and later in Kentucky on Lake Barkley at Lake Barkley State Park and Marina.

Esther and Keith retired to Sebring, FL in 1982, in 2001 they moved back to Illinois to be with family.

Memorials may be made to Camp New Hope.

To order memorial trees or send flowers to the family in memory of Esther House, please visit our flower store.
Send a Sympathy Card