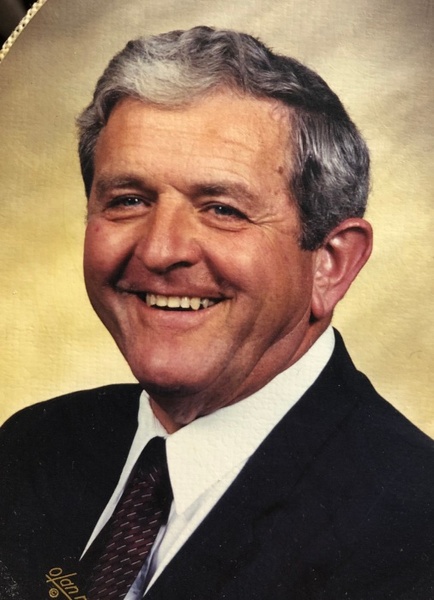 Private family funeral services will be held on Saturday, December 26, 2020.   Burial will be in the Arthur Cemetery.  The Edwards Funeral Home is assisting with arrangements.  Due to current circumstances, the family will be hosting a Celebration of Life gathering later in 2021.  In lieu of flowers memorials may be made to Illinois Amish Heritage Center, www.illinoisamish.org

He was preceded in death by his parents, Abe and Amanda Yoder; four brothers, Kenneth, Clarence, Lester and Reuben; two sisters, Mary Alice, and Carrie; a brother-in-law, Milton Yoder and a sister-in-law Florine Yoder.

Ervin started in the construction business working for Amos Miller Construction around 1964.  He joined with a partner, Jake Chupp, to form C &Y Construction, then merged with the Schrock brothers to create OE Schrock Inc.  They built many homes and apartments in a 75 mile radius and operated many divisions within the company, such as Coach House Garages, CHI Overhead Doors, Schrock Drywall, and New Home Construction & Remodeling.  He later formed the Horizon Home Centers including Ace Hardware and branching out to Monticello Horizon and Schrock Kitchen cabinet stores in Decatur, Champaign, and Monticello.  He became president of ILMDA (IL Lumber Material Dealers).  He served on the board for MEDA (Mennonite Economic Development Association) for 9 years which aided in assisting startup businesses with small scale loans.  He was very interested in the development of Arthur and was active in the Arthur Area Economic Development Corporation.  He was a member of Rotary for many years, enjoying the weekly lunches at Yoder’s (the original restaurant he built).  Ervin always felt that his best achievement was providing jobs for many people through the years, so it was painful to sell the Horizon operation and retire.  But it also gave him the opportunity to take the whole family on trips to Mexico, Hawaii, the Dells, and spend some time in Phoenix as well.  He was also able experience trips to see our son, who has made his home in beautiful New Zealand.

The church has always been important to Ervin, for which he built the Fellowship addition on to the original church and served as a trustee for many years.

Ervin’s latest interest was joining board members who want to preserve the house in which he was born and that his great grandfather (Moses Yoder) built when he settled in Arthur in 1860.  The home preservation is part of the Illinois Amish Heritage Center which was developed to save some authentic history.

His optimistic attitude served him well and it was difficult to see our big, strong husband and dad beaten down by COVID.  With his wonderful work ethic, he always loved the mornings - so if you met him anytime of the day, he would greet you with “Good Morning!”

To order memorial trees or send flowers to the family in memory of Ervin Yoder, please visit our flower store.